Oh the Irony…Booth and Lincoln Halls

Has anyone else caught the irony currently residing in the west end of Levy Mayer? A single floor separates Booth Hall from Lincoln Hall, and while Lincoln Hall unmistakably commemorates our sixteenth president Abraham Lincoln, who besides John Wilkes Booth comes to mind when you think of Booth Hall? If you’ve attended class in this room and failed to notice the namesake memorials in the entryway, you may not be familiar with Judge Henry Booth and his significance to the very existence of this law school.

In 1859, a generous gift by a highly reputable Chicago attorney named Thomas Hoyne enabled the founding of the first law school in Chicago, which became our very own Northwestern Pritzker School of Law. Henry Booth (b. Aug. 19, 1818 – d. Apr. 29, 1898) was a Yale College graduate, attorney, Cook County circuit court judge, and professor who moved from New York to serve as the first Dean of Chicago’s first law school until 1891. His deep scholarly nature, impeccable character, and mindfulness of burgeoning social issues made him a formative founder of the pillars on which this formidable law school still stands.  In his eulogy, William Salter described Booth as, “a latter-day Puritan. There was that stern facing of truth…that willingness to do any kind of painful duty; that strict rule of conscience within…Long before the war he met the test question that was presented to every American conscience, and espoused the anti-slavery cause. Since the war, as the extremes of wealth and poverty among free citizens have developed themselves, he felt strongly what are called the ‘social problems’.”1

Today we celebrate Presidents’ Day, a national holiday designated in 1885 to honor George Washington that has evolved into a day of remembrance for all American presidents.2 A contemporary of Booth, Abraham “Honest Abe” Lincoln accomplished many great feats as president, but perhaps his most well-known achievement is his relentless drive for ending slavery and the passage of the Emancipation Proclamation in 1863. Learn more about this great man today by reading An Oral History of Abraham Lincoln: John G. Nicolay’s Interviews and Essays by Michael Burlingame (Available electronically by clicking “View It”) or this concise, and impressive, list of Accomplishments of President Abraham Lincoln.  And for good measure, stop by the PLRC to view  an original Lincoln letter dated 1853 hanging on the east wall of the Hodes Rare Book Room. 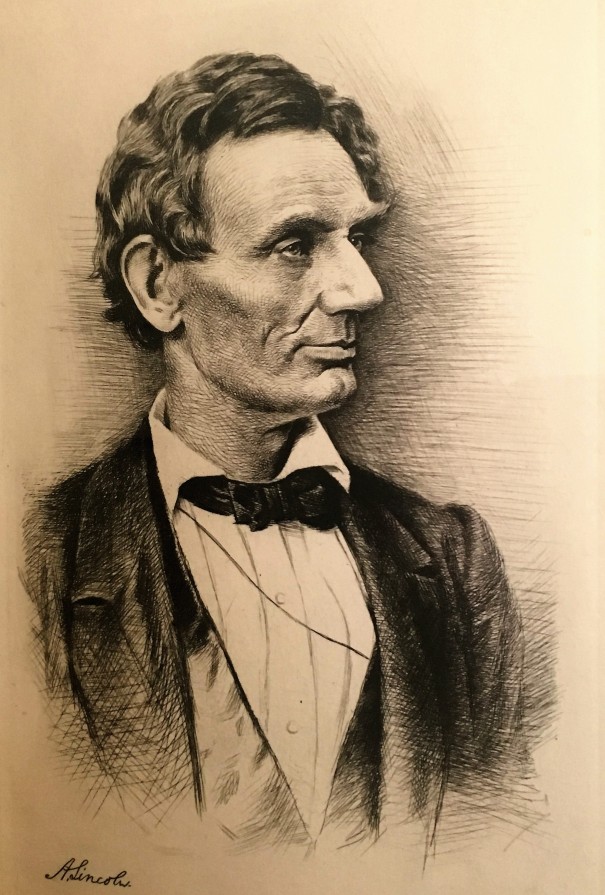 Honest Abe can be found just outside the doors of Lincoln Hall, Northwestern Pritzker School of Law.